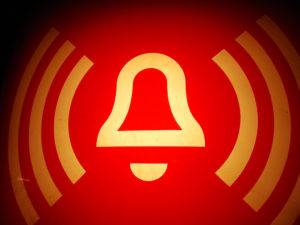 April 27, 2020 Comments Off on COVID-19 Top Tips: Common vapour degreasing alarms, what do they mean? Top Tips  Like

We are often contacted by customers with equipment alarm queries and requesting service engineers. This isn’t always necessary and often only require some simple in-house maintenance to resolve…

Below are some common alarms (relating to solvent vapour degreasing equipment) and what they might mean and what you need to do to resolve them:

The boiling temperature of all solvents varies depending on the solvent, usually between 39-121 °C. There are a few anomalies which are outside this range, of which these have to be treated differently.

Equipment has a built-in over-temperature stat which is typically set to around 5-8 °C above the solvent boiling point.

Once this temperature is reached the system will ‘trip out’ (remove power to the boil sump heaters) and alarm as the boils sump is now over temperature.

This indicates that the solvent in the boil sump is contaminated and needs to be drained out and replaced with new, the alarm can then be reset, and the equipment can carry on again as normal.

This is usually the ideal time to change the in-line filter (see alternative information sheet) and clean out the boil sump (swarf and sludge from the bottom of the tank).

IMPORTANT: Avoid taking some solvent out and simply topping the tank back up to get the boiling temp down. This causes a build up of moisture in the boil sump which doesn’t always get taken out by the water separator, the result is a milky vapour and water marks on your parts.

In a vapour degreaser the boiling solvent generates a clean clear vapour that rises up inside the system until it reaches the lower cooling coils of the freeboard or refrigerated zone. Here the vapour condenses on these coils and is collected in a channel below the coils and returned to the clean/rinse sump via the water separator.

This process puts a lot of strain on the fridge condensers to keep the coil temperatures low enough to prevent the vapour rising up and out of the equipment. If the fridge system/s is unable to keep the vapour below the coils there is a thermocouple about halfway up the coils that detects the vapour, trips out the boils sump heaters and the alarm ‘High Vapour Temperature’ is displayed.

This can mean a number of things:

There are always solvent losses from the equipment, typically drag out (solvent retained in parts) is the largest contributor. Any solvent losses will be seen in the level of the boil sump as the vapour (generated by the boil sump) is condensed and return to the rinse sump.

When you see the alarm ‘Low Level Boil Sump’ you simply need to add additional solvent to the process. If performing this task manually new solvent should always be added to the rinse sump and allowed to overflow into the boil sump until the required level is reached and the system can be reset and the process continued as normal.

If you have any issues listed above or simply would like more information, please feel free to contact us.

Do NOT follow this link or you will be banned from the site!